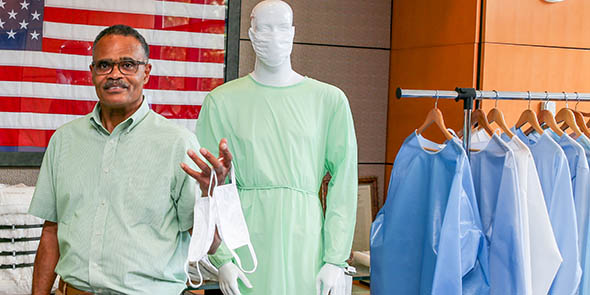 Chuck Wilson, 68, has worked in textiles for 43 years – with no plans to retire from an industry he loves.

He joined Parkdale, the largest yarn producer in the U.S., as a supervisor in 2001, and the next year was asked to start up a new yarn-twisting plant for the company in Mount Holly, N.C. Today, Chuck manages a Parkdale facility that grew from 20 employees to 75.

Chuck takes immense pride in his work, adding that his employees are equally as passionate about the products they make. Every package of yarn must meet exact technical specifications in order to process properly at the next step, he adds.

“I let them know that they are important, that everybody’s important to the whole and that the product they make is important,” Chuck says. “We keep open lines of communication, and I keep them posted on how we’re doing as a plant and a company.”

As a testament to his love for the industry, after joining Parkdale, Chuck kept his home in Spartanburg, S.C., and has commuted about 124 miles round-trip every day since. He’s now on his third car after logging nearly 500,000 miles on his first vehicle and about 200,000 miles on this second car. And he’s still chugging along.

“It’s been a great career for me, and great for my family,” Chuck says. “I would never have the quality of living I’ve had without textiles. The industry has been good to me and many of the people I’ve met are lifelong friends. I’m blessed.”

When severe shortages arose in in U.S. and global PPE in the early days of the pandemic, Parkdale was one of the first companies to step forward to help, leading a coalition of U.S. textile and apparel makers that worked with the federal government to address this issue. Since then, Parkdale and its partners have produced millions of PPE items, including face masks and gowns, for frontline workers as well as consumers.

Chuck’s plant was able to quickly retool its production for PPE inputs, a job every employee there takes seriously, he says.

We’re helping supply people what they need on the frontline and we’re going to win this battle. We want to win – that’s the American spirit.

“We look at this as a battle against an invisible enemy,” he says. “When you see war movies, you see soldiers fighting but you don’t see what goes in to support them. My brother was in Operation Desert Storm, and he was in support. He didn’t fight, but he helped provide the materials for the frontline. Without those materials, the soldiers can’t fight. And that’s the same thing with the PPE. We’re helping supply people what they need on the frontline and we’re going to win this battle. We want to win – that’s the American spirit. If you look at history, you will see how many people have come together to protect this country.”

Winning that battle means providing equipment to keep the American citizenry safe, of course, but an underlying purpose exists, as well, Chuck says.

“This is our country and we don’t want people to suffer,” he says. “These are our brothers and sisters. And it’s not just about making money, not at all. It’s about their safety, yes, but it’s also about helping the people of the United States enjoy their freedoms because you’re not free when you’re not able to leave your home. The necessary PPE allows you to go to the church of your choice, go to the stores of your choice or just go outside your home. It helps give you freedom.”

As lawmakers consider potential policies to confront existing PPE shortages, Chuck says they should look to craft domestic purchase requirements such as those in the Berry and Kissell amendments that are already in place for the military. It’s all about readiness, he says.

“We shouldn’t have to go outside this country for PPE,” he says. “It should be made here because, if another country makes it, you don’t know if it’s safe, you don’t know what kind of standards they have and you may not get it quickly.”

He encouraged members of Congress to visit textile mills with an open mind, and to not “believe everything they’ve heard” about the industry.

“They should get out and get firsthand knowledge of it before they make any decisions, and they should see how it impacts people’s lives,” he says. “If they visit my plant, their decisions won’t just be impacting the 75 people there. It’s also the people who support my plant – the people in Hillsville [Va.] who supply us yarn for twisting . It’s all of our suppliers and it’s all of our customers. And it’s the communities that these mills support.

They should look at our people’s faces. Look at the pride they have in what they do. It’s remarkable. They have pride knowing ‘I can do something. I know how to do something. I have a skill that nobody else has.’ They don’t take that lightly.” 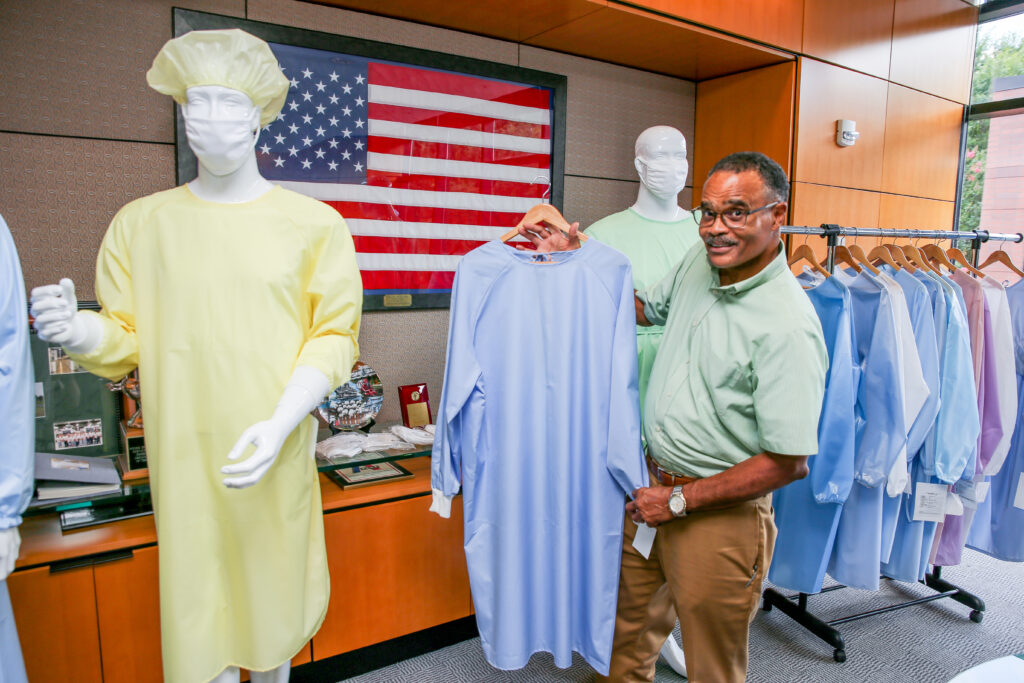 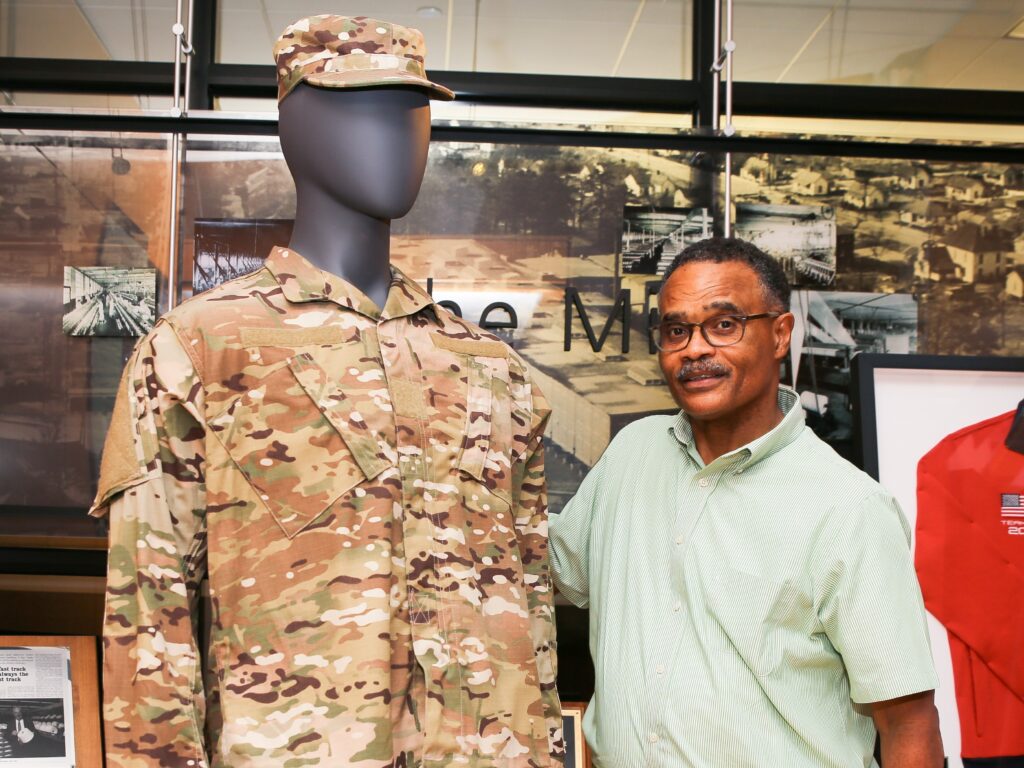 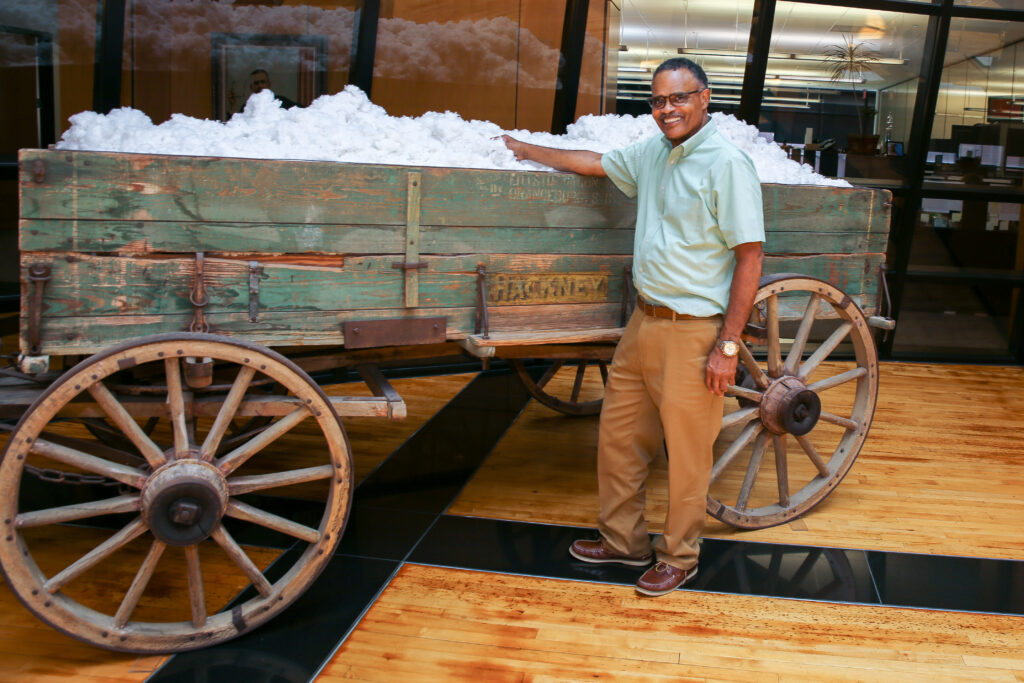